The ability for the self-employed to secure financing has always been a challenge. There are primarily two reasons for this. Self-employed buyers typically are very conservative when reporting their profit and income when filing their tax returns. Some self-employed buyers are involved in multiple entities which require the filing of multiple tax returns; which are difficult for lenders to fairly analyze and determine an accurate amount of income for qualifying purposes. Additionally, it requires the borrower to provide a phone-book size stack of tax documents.

In the 1990s, lenders created stated-income programs to provide financing to self-employed borrowers with good credit and large down-payments. Stated-income loans allowed these borrowers to “state” their income without providing tax returns or financial statements. Eventually, lenders extended the stated-income programs to borrowers who were salaried and paid an hourly rate; they also reduced the credit score and down-payment requirements. It was unnecessary to include non-self-employed borrowers because their income was easy to verify; the reduction in the standards was unwise. The changes contributed to the mortgage lending meltdown in 2008; in the aftermath, stated-income loans were eliminated for owner-occupied homes and many additional layers of lending restrictions and onerous requirements were added.

The new laws were created with the Dodd-Frank bill, which prohibited lenders to make loans on owner-occupied properties unless they verified the borrower’s income. Even though stated income loans were allowed for investment properties, very few lenders initially offered it until recently. There are now a number of lenders now offering financing for an investment properties with stated-income.

A growing number of lenders are now allowing self-employed borrowers to qualify for owner-occupied properties using alternative income verification documentation. The most common of these programs allows these borrowers to provide their bank statements over a period of time to verify their income.

Lenders who offer stated-income or alternative loans have terms that vary greatly. Some offer only adjustable loans, others also offer fixed rate loans at a higher rate. If you need these types of loans, it’s very important that you get quotes from at least three lenders because the difference between the rate and terms of the most and least competitive will be significant. Some mortgage brokers have relationships with a number of these lenders and can shop for the best terms on your behalf. Additionally, he/she can explain the difference in the terms and help you decide which lender has the lending program that is most advantageous for you. 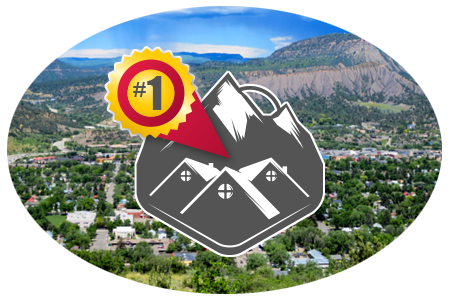 We put together a comprehensive list of the the best real estate properties in Durango CO.

Check out the Best Real Estate in Durango Colorado

How much will your mortgage be?

Click on the link below to use our free mortgage calculator

THE BENEFITS OF EXCLUSIVE REPRESENTATION

As Durango’s Exclusive Buyer’s Broker, I will be your advocate and provide you with the highest level of representation. With my assistance and guidance, you will find the perfect property, get the lowest price, receive the highest rebate from the Seller, and have a pleasant and stress-free experience

Steve and Kathy, You sure made the home buying process fun and doable.  Thanks for all your positivity and expertise in getting it to happen!  Sincerely, Jean Hess

We found Steve and Kathy to be very knowledgeable about the area and the different areas that might appeal to us. They did an excellent job researching properties in our price range and when it came time to make an offer and execute a contract, they were extremely thorough. Steve took the time to   go through the contract/offer with us step by step and added some things to the contract to protect our interests. Steve and Kathy were committed and helpful throughout the entire process and I woul… END_OF_DOCUMENT_TOKEN_TO_BE_REPLACED

Steve is a wonderful buyer’s agent.  He always took the time to explain the important details of the buying process and the contract.  He was willing to accommodate my hectic schedule, which was very appreciated.  He also listened to my wants and concerns, and he helped me find a home that fit my needs and budget.  I’m very happy with my new home! Susan Bandy

I always appreciate how quickly you respond to questions and concerns, as well as the patience and thoroughness you bring to your responses. As important as mortgages and home financing is, it can be a difficult, and often abstract, subject to comprehend, but one you’re always good at explaining. Lee Frazer

“We found Steve and Kathy to be very knowledgeable about the area and the different areas that might appeal to us. They did an excellent job researching properties in our price range and when it came time to make an offer and execute a contract, they were extremely thorough. Steve took the time to go through the contract/offer with us step by step and added some things to the contract to protect our interests. Steve and Kathy were committed and helpful throughout the entire process and I would h… END_OF_DOCUMENT_TOKEN_TO_BE_REPLACED

As a new home buyer I was a very nervous about buying a home. I was not exactly sure how things worked or even how to start. I was so grateful to have found Kathy and Steve, they supported me every step in buying my home. They made feel comfortable, answered all my questions and most of all they never pressured me to buy. I needed to take the time and they gave me that time. Steve would talk through the pros and cons of each property and really spend time with me. Steve and Kathy are profess… END_OF_DOCUMENT_TOKEN_TO_BE_REPLACED

I just wanted to say thank you for all your hard work! You both ROCKED it! Bill Wilson

Dear Steve and Kathy, Ron and I want to thank you for continuing to show us properties for the 3+ years it took to make a purchase. You were so quick to get our questions answered and keep us informed.  We enjoyed our time with you and appreciate your help. Thanks, Ron and Nancy Knaack

“Steve and Kathy have the patience of saints, with great determination. They were able to assist us in finding a financing option for our dream home despite great challenges. We appreciated their skill and foresight in being prepared for any obstacles that were thrown at us. Steve and Kathy are a great team and surround themselves with folks who get the job done. We will most certainly recommend them to other buyers!” Kenn, Mary and Jayne Bates